Crisis Management and the Media: What to do when something goes wrong

Home > Ecommerce  > Crisis Management and the Media: What to do when something goes wrong

01 Feb Crisis Management and the Media: What to do when something goes wrong

Posted at 14:30h in Ecommerce by Ozcart Ecommerce 0 Comments

Whatever business you are in there will be times when something major goes wrong (e.g. you need to do a product recall). The bigger you are and more significant your products are to the market, the more attention there will be on you.  A recent example of a crisis was Google’s blunder which led to every website on the Internet being labelled as malware.

The most important thing to remember in managing a public crisis is to communicate with the public via the media quickly, assertively and truthfully. There will often be tremendous pressure to explain what went wrong and why and it is tempting to say anything just to “get the media off your back”.  You will be judged on how you are coping by what you say and do in the first few hours of a crisis so it is absolutely crucial to be fast, thorough, truthful and accurate. Your business reputation depends on it.

Here are some tips:

Overall, Google handled their issue well. They identified and fixed the problem in under an hour, informed their staff and issued a statement promptly. They made a mistake in not fact-checking their statement thoroughly but resolved and apologised for it quickly. They have said they are putting in place procedures to ensure this doesn’t happen again. Let’s hope they live up to their promise. If they do, this is a good example of how to handle an online crisis.

Ozcart has been in business since 2006 and is an online, hosted shopping cart that you can use for your current or new online store. We offer so many features for the same low price. In fact, we are addicted to adding new ones to ensure that we remain one of the best choices for a shopping cart. https://ozcart.com 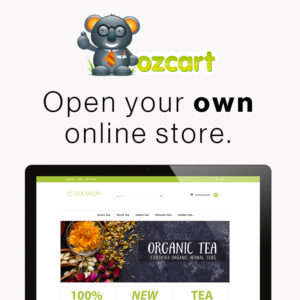